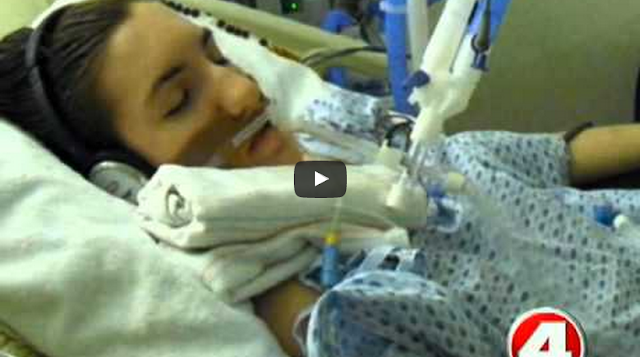 t the tender age of 16, Jessica Stevens was just your average excitable teenager with her whole life ahead of her. She liked to be outdoors and she was excited at the prospect of being a big sister and a responsible young adult.
But when she began to feel an itch behind her knee, she had no idea that the next six years were going to be the hardest of her life.
From a simple tick bite, Jessica began to feel the devastating effects from a rare neurological disorder that has no known cure. Doctors said she had only weeks to live while the constant throbbing pain caused by the disease forced her to go nearly insane from the lack of control of her situation.
Doctors had no idea what to do; some told her mom to let her die, others said she should have her arms amputated to beat the pain. As the weeks passed and the pain worsened, she began to beg her own mother to let her die, too. But her mother refused, for only God has that power.
In a desperate gambit, the family took their stricken daughter to Mexico to partake in a dangerous and untested treatment, one that forced their daughter into a coma. Similar to a computer system’s reboot, this medically induced coma was Jessica’s final chance.
While the first two initial attempts resulted in horrible complications, Jessica kept up her faith. And after six years of fighting, Jessica says a miracle happened…
Watch the video below to see what happened to Jessica in her most desperate hour.
And please SHARE this incredible story if you believe there is still power in prayer!