Home » »Unlabelled » This Homeless Woman Stumbles Into A Shelter. Pay Attention To What They Do To Her Hair

This Homeless Woman Stumbles Into A Shelter. Pay Attention To What They Do To Her Hair 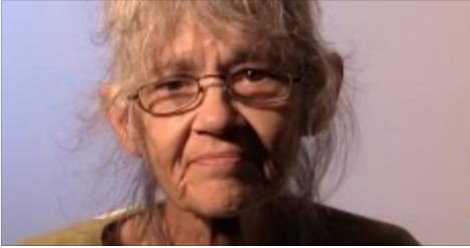 Too often they are classified as drug addicts and “crazy” people, when the reality is there are many who are educated, sober, and have no criminal history. They have fallen on difficult times or are experiencing challenging situations in their life. There is also a large percentage who are military veterans as well.
Shelter and food are of utmost importance to homeless individuals, and too often we will walk by them without paying any mind to them. Forgetting that they very well may be hungry and in need.
These folks decided to recognize the homeless as human beings; real people who have fallen on hard times or are simply struggling with difficult issues. They went to Ascencia Homeless Shelter in Glendale, CA and invited some people to take in a day at a spa! These men and women got makeovers, gourmet meals, and brand new clothes! Finally, they were being treated like human beings, and not ignored as if they didn’t exist or were less than human.
It was human contact, human affection which really made the difference, especially for one homeless veteran who broke down as he said, “Somebody cares. I’m a Vietnam vet, honorable discharge, and uh…I’m not used to any affection.”
Share this incredible story of hope and giving in order to promote the idea of just how important human affection really is.