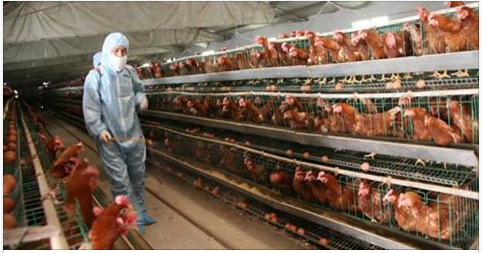 At last, the FDA confirmed the presence of arsenic, a cancer-causing agent, in the chicken meat sold in the United States. Apparently, this dangerous, poisonous chemical is included in the chicken feed.


The research conducted by the FDA found that the arsenic added to the chicken fodder, in fact, ends up in the chicken meat, and through its consumption, we enter it in our body.
It has also been discovered that we have been consuming arsenic from the typical chicken products for over five decades.
Even though their claim is not scientifically proven, they eventually explained that: “The arsenic is excreted in the chicken feces.”
Yet, the evidence provided by research cannot be denied now, which made the manufacturer of the chicken feed product Roxarsone to pull the product off the shelves.
Yet, the company behind the practice of using arsenic to stabilize the chicken feed is the same which uses chemical adjuvants in vaccines used in children, Pfizer.
Apparently, the company that produces Roxarsone chicken feed is a subsidiary of Pfizer, called Alpharma LLC. This made the FDA demand that Pfizer stops manufacturing the arsenic-containing drug.
Yet, even though Alpharma finally agreed to remove this toxic feed chemical from the shelves in the United States, Pfizer still claims that it will not necessarily remove it from feed products in other countries, unless regulators force it to do so. According to Associated press:
“Scott Brown of Pfizer Animal Health’s Veterinary Medicine Research and Development division, said the company also sells the ingredient in about a dozen other countries. He said Pfizer is reaching out to regulatory authorities in those countries and will decide whether to sell it on an individual basis.”
Yet, the FDA continued with their claims that arsenic in chicken is at extremely reduced levels, that is completely safe to consume it, but everyone reasonable enough should know that the consumption of a chemical that raises the cancer risk is far from safe.
The FDA was also supported by the National Chicken Council, which responded that as Roxarsone would be withdrawn from feed stores, “chicken is safe to eat”. They agree that arsenic is not such a big issue, and it was used in many flocks grown and sold as chicken meat in the United States.
Furthermore, the FDA recently visited an elderberry juice manufacturer, and accused it of the “crime” of selling “unapproved drugs”, and when asked which drugs those would be, their response was simply: “The elderberry juice.” Hence, the elderberry juice is a “drug” if you inform people that it can improve their health.
This was not the only case, as the FDA has accused dozens of other companies for selling natural and nutritional products that support health, including raw milk!
Let me explain things: The FDA approves the use of arsenic, but regards the use of raw milk and elderberry juice as dangerous! It is more than clear that this agency protects the profits of big companies and does not support the benefits of the use of natural products and remedies.
Therefore, make sure you keep the following tips in mind next time you purchase chicken meat:
Sources and References:
www.naturalnews.com
Posted by Unknown at 8:14 AM