WATCH: Sea lion drags girl off dock, quick-thinking family member jumps in to save her 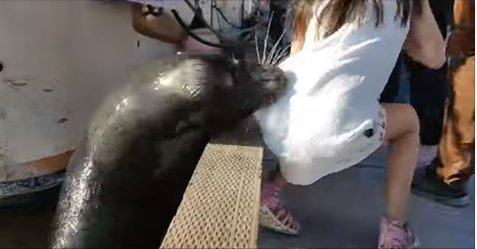 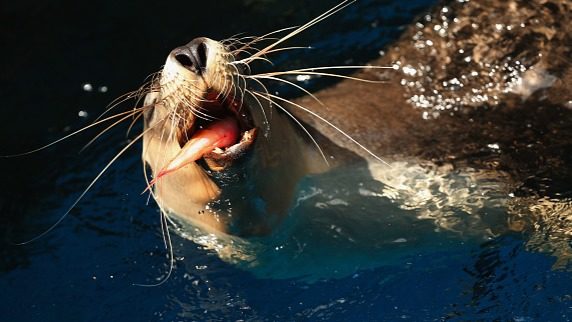 A sea lion at a Vancouver wharf attacked a young girl sitting near the water, yanking her off the dock and into the water.

A bystander, who was recording the animal as it interacted with people on the dock, captured the incident on cell phone video and posted it on YouTube.

The video shows the sea lion suddenly jumping out of the water, grabbing the back of the girl’s dress and dragging her backward into the water in seconds.

“The sea lion actually attracted a lot of attention from the visitors there, including the young girl,” Michael Fujiwara, who shot the video, told the Vancouver Sun.
“She and her family, I guess, they came, they started feeding the animal bread crumbs or whatever it was, and then I guess the animal got a little too comfortable.”
Alert family members quickly fished the startled girl out of the water unharmed.
Fujiwara can be heard on the video asking if the girl’s family member is OK. He nods as they quickly flee the wharf.
Sandra Nortunen contributed to this report.

source  www.wsbtv.com
Posted by Unknown at 7:59 AM