Home » »Unlabelled » Ways to use onion for natural remedies

Ways to use onion for natural remedies 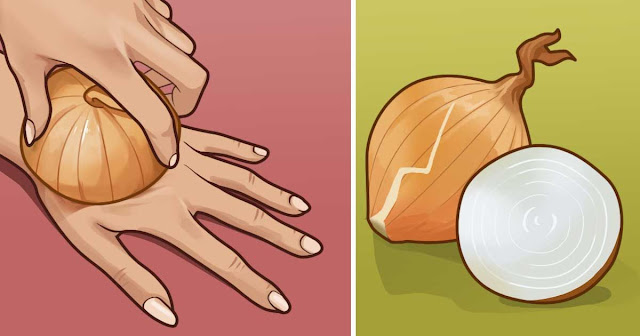 Alleviating ailments using ingredients you have in your home is a great way to save money and promote natural healing. One item you probably have stocked in your cupboards—but may not have thought to use for fighting colds, earaches and itchiness—is none other than the onion. The onion contains a flavonoid (a pigment) called quercetin, which is a superpowered antioxidant, according to Positive Med.
Next time you slice up an onion to flavor your dinner dish, consider keeping a bit aside to aid in treating a few of these ailments:


Soothe Burns/Prevent Scarring
If you accidentally burn your finger while cooking dinner, the natural pain reliever you need may be right at your fingertips. An onion might help ease the sting. Onions also have antiseptic properties that can help prevent your skin from becoming infected and promote quick healing. Try applying onion juice a few times per day for several weeks to see the reduction of scarring, too, Fawesome TV suggests.
Ditch the Itch
Itchy bug bites are a major pain! With springtime in the air, mosquitoes are likely knocking at your door. Ditch the itches by rubbing a sliced onion on the sides of the bite. Relief from itchiness is thanks to the onion's sulfur content, according to The Best Years in Life.
Ease Ear Pain
Earaches are the worst. Bake an onion in your oven at 450 degrees for 15 minutes. Remove the onion, cool, cut in half and juice it. Strain out any stray particles and place a few drops of the liquid into the sore ear. While there is no scientific evidence that this works, there are plenty of testimonials from happy customers, according to Tech Insider.
Relieve Congestion
Stuffy noses are frustrating; they can also be painful if accompanied by extra pressure on the sinuses. To help alleviate a bit of that pressure, Positive Med recommends that you chop up a medium onion into a bowl and inhale its vapors. Be warned, you may shed a few tears in the course of declogging your sniffer.
Fight Colds/Flu
Are you trying to ditch cold and flu symptoms a bit faster? Chop an onion in half and set it in a plate next to your bed while you sleep. Positive Med says you'll inhale the vapors and ease cold and flu symptoms while you sleep. The same vapors that bring a tear to your eye can help break up mucus buildup.


The next time you have a minor ailment, head to the kitchen instead of the medicine cabinet.
Have you ever tried onion to ease pain or relieve an itch? Did it work? Tell us what you think in the comments below and share these tips with your friends on Facebook.
source  home.remedydaily.com
Posted by Unknown at 7:17 AM